This adorable baby elephant had to be rescued by its mother’s huge trunk after it got stuck the the mud while taking a bath.

The youngster was enjoying a quiet dip in the water but became stranded when it struggled to pull itself out of the lake.

He had to be lifted to safety by its mother and her trusty trunk, which acted as a crane as she carried the three-month-old calf out of the water. 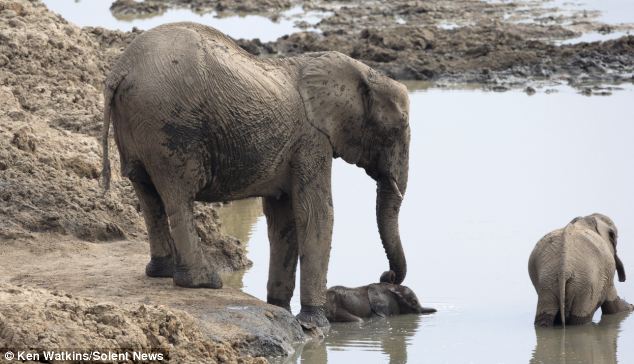 Stuck in the mud: The baby elephant slipped while taking a dip and was unable to haul himself out of the lake 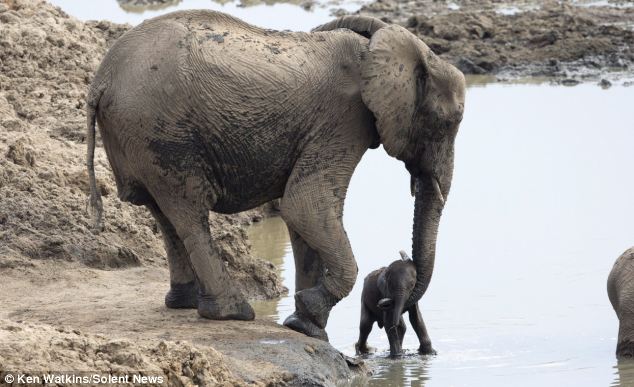 A mother’s touch: Fortunately the calf’s mother was able to scoop him up in her trunk and haul him to safety

After it finally made it back onto dry land, the tiny elephant was able stride away from the watering hole to dry off.

Photographer Ken Watkins from Greyton, South Africa, travelled to the Hwange National Park in Zimbabwe to take pictures of the elephants.

The 64-year-old said: ‘Small elephants sometimes slip into the water in the national park, and this one couldn’t get out.

‘I was worried about the calf and it took the mother two minutes to pull the stranded baby out of the water.

‘When the mother pulled the calf to safety they both walked off into the distance to dry off.’ 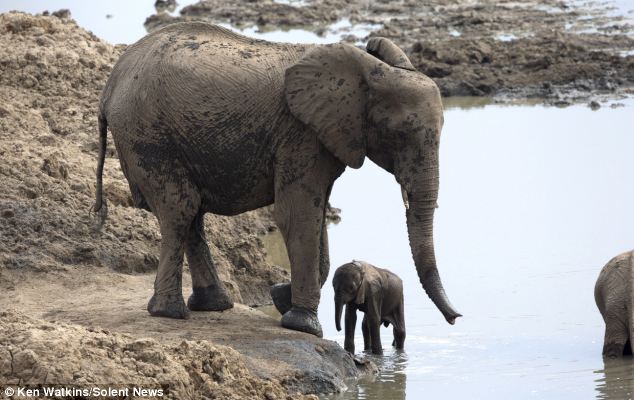 Watering hole: The tiny elephant had been enjoying the waters of the Hwange National Park in Zimbabwe 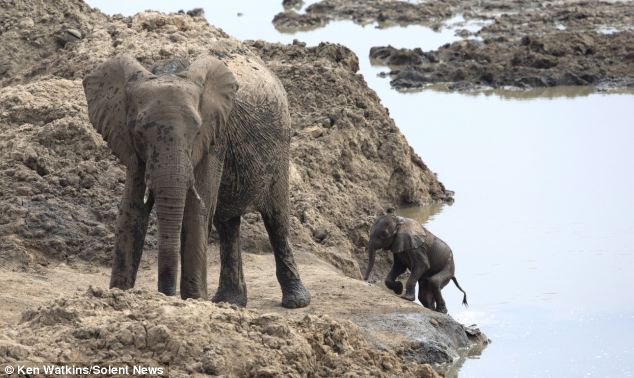 Dry land: The calf was then able to stagger back onto dry land, before the two elephants walked away to dry off