A suspected poacher has been trampled to death by elephants in South Africa while fleeing from wildlife rangers.

The man, who has not been identified, was killed on Saturday in the southern portion of Kruger National Park where it is thought he was hunting rhinos.

Rangers said they discovered a total of three suspected poachers after picking up their tracks in the Phabeni region of the park, and began chasing them. 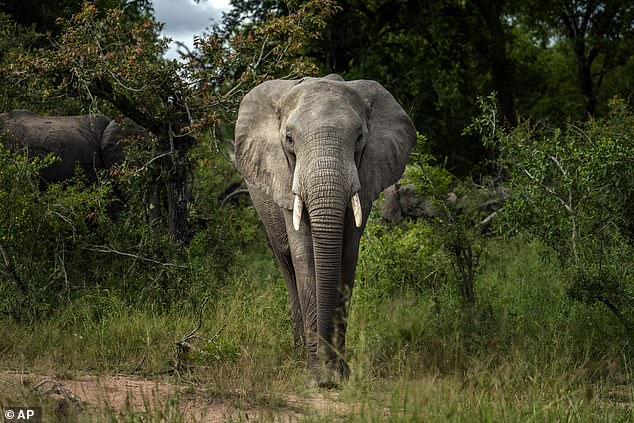 A suspected rhino poacher was trampled to death by elephants in the Kruger National Park on Saturday while fleeing from authorities, park rangers have said (file image)

The men fled, but one of them was captured after rangers brought in helicopter and dog units to help with the hunt.

The captured man then told rangers that he and his accomplices had run into a herd of elephants and their calves while fleeing, and that he suspected one of the party had been killed.

When rangers re-traced the poachers’ trail, they found the badly trampled body of one man who was already dead by the time they arrived.

The third man is thought to have been injured in the eye but still managed to escape, and is now being hunted by police.

Rangers said the men ditched a bag containing an axe and provisions during the chase. A rifle was also found. 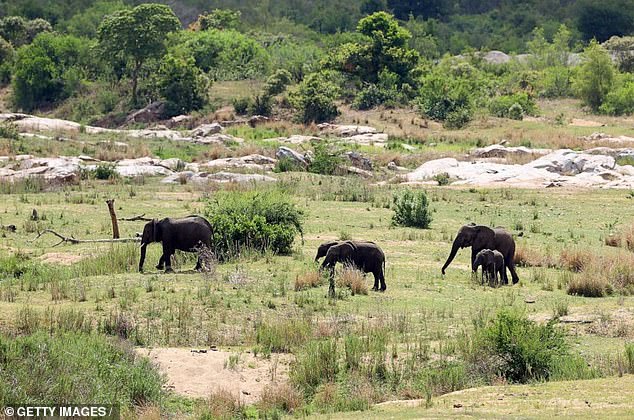 The man and two accomplices were running from rangers when they stumbled into a herd of elephants and their calves, which trampled one of them to death (file image)

Managing Executive of the Kruger National Park, Gareth Coleman, said afterwards: ‘Ee are proud of the teamwork and dedication of our Rangers Corp, our aviators and the K9 unit.

‘It is unfortunate that a life was unnecessarily lost. Only through discipline, teamwork and tenacity will we be able to help stem the tide of rhino poaching in KNP.’

He also called on those living near the park to help police identify and captured the third suspect.

‘The campaign against poaching is the responsibility of all us; it threatens many livelihoods, destroys families and takes much-needed resources to fight crime which could be used for creating jobs and development,’ he added.