Botswana is investigating the unexplained deaths of a dozen elephants in the country’s northwest.

Samples have been taken from each of the dead animals and has been sent to government laboratories for analysis.

Poaching has already been ruled out because all the dead animals were found with their tusks, the country’s tourism minister said. 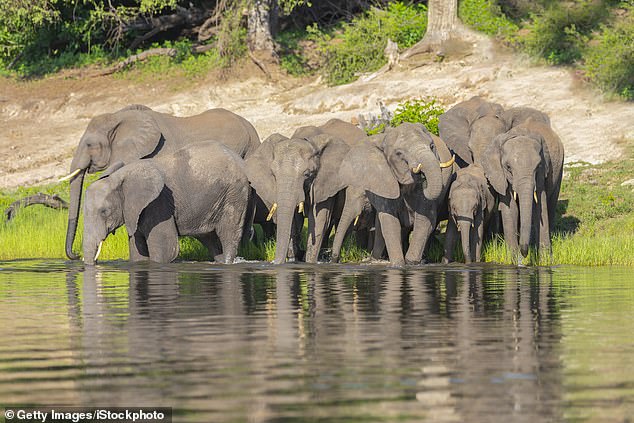 Locals have been instructed not to eat the animal carcasses amid suspicions they could have been poisoned, state-run Daily News said.

Wildlife officers doubt the elephants were deliberately poisoned, but may have accidentally ingested poisonous plants.

A search is underway for more dead pachyderms.

In October 2019, Botswana reported that more than 100 elephants died from a suspected anthrax outbreak.

Anthrax, a deadly poison, can live in soil or on plants in a dormant state for years.

After being ingested by an animal the cells then wake up and start reproducing, producing toxins which can prove fatal. 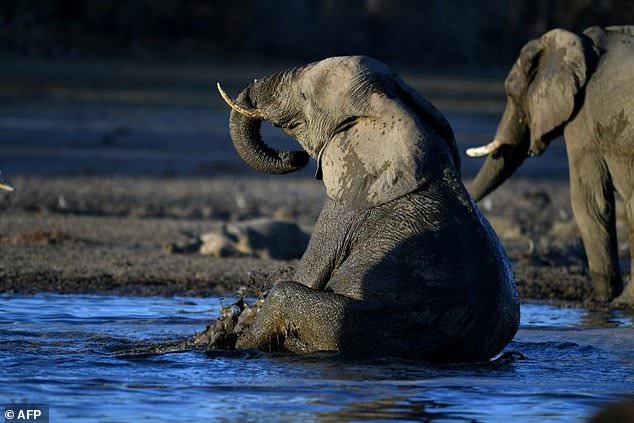 Locals are being told not to eat the carcasses amid fears they may have been accidentally poisoned with anthrax. A similar outbreak of the disease last year killed 100 elephants (file)

Preliminary investigations then suggested the jumbos were dying from anthrax whilst some died from the effects of drought.

With unfenced parks and wide-open spaces, Botswana has the world’s largest elephant population, boasting more than 135,000 animals — about a third of the African continent’s total.

Leading conservation Elephants Without Borders last year warned of surging elephant poaching in parts of Botswana, estimating that nearly 400 were killed across the country in 2017 and 2018.

In February this year the government auctioned off seven elephant hunting licenses after it controversially lifted a hunting ban saying the move would not threaten the elephant population.