This is the adorable moment that lazy baby elephants slid on their knees down a muddy hill in northern Thailand.

A group of elephants were out for a stroll at the Elephant Freedom Village in Chiang Mai province when they reached a steep muddy slope.

Some of the fun-loving elephants decided it would be quicker to slide down the hill rather than walk with the other animals, adorable footage shows.

In the video, the lazy elephants use their front legs to pick up speed and let their back legs fall to the floor, happily sliding on their stomachs down the muddy hill. 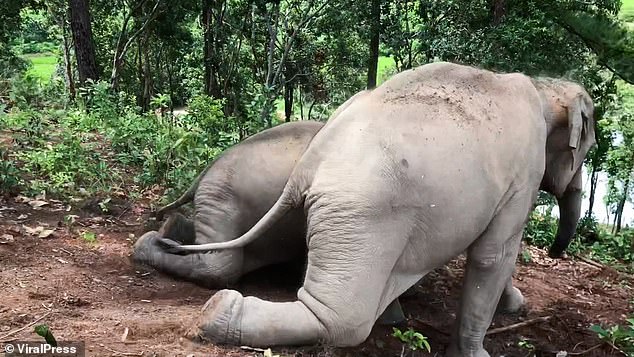 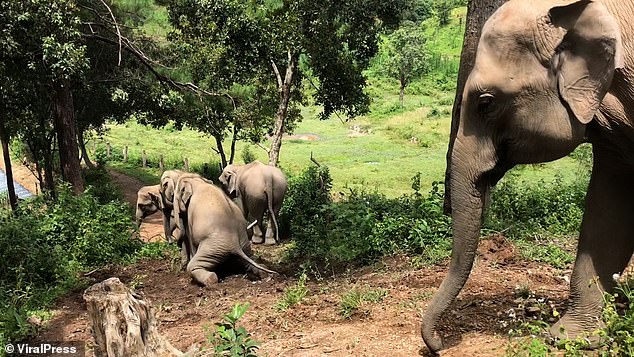 Adorable video footage, taken by elephant keeper Non on September 15, shows the fun-loving animals speeding down the muddy slope on their back legs

Their mahout, or elephant keeper, Non captured the amusing footage of the animals playfully tumbling down the hill on September 15.

Non said: ‘This is the cutest rollercoaster I have ever seen. My kids looked happy and I am glad that they were enjoying the outdoors.’

In the paddocks, the elephants are ‘given fresh piles of food to graze from; enough to sustain them until the morning hours’. 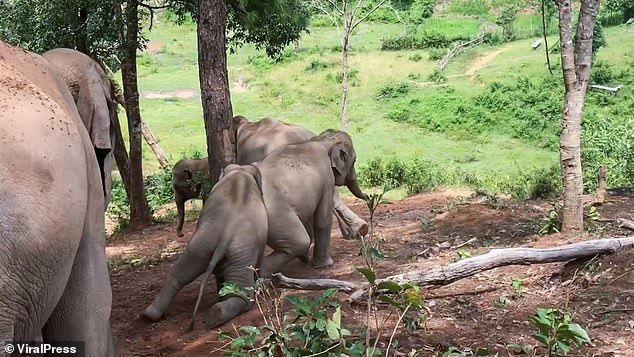 The lazy elephants use their front legs to gain speed and let their back legs fall to the floor, happily sliding on their stomachs down the forest hill

The organisation rescues elephants with the aim of undoing ‘the damage done by humans’ and over time ‘return them to the forest where they belong’.

Thailand has at least 2,000 elephants living in the wild and a similar number in captivity.

They live in sanctuaries, elephant parks, zoos, tourist resorts or with private owners who use them for weddings and religious ceremonies.