There’s nothing more annoying than returning home to find an idiotic photo-bomber has ruined your favourite holiday snaps.

But for these five women, it was a rather more welcome intrusion when a seven-tonne bull elephant sneaked behind to snatch their limelight at Imire: Rhino and Wildlife Conservation in Zimbabwe.

Lisa Marie Winther, from Norway, Deb Sulzberger, from Australia, and Brits Sarah Daly, Jane Burnett and Nicky Walker were oblivious to the attention-seeking beast looming over them as they took pictures at the end of a volunteering programme at the reserve. 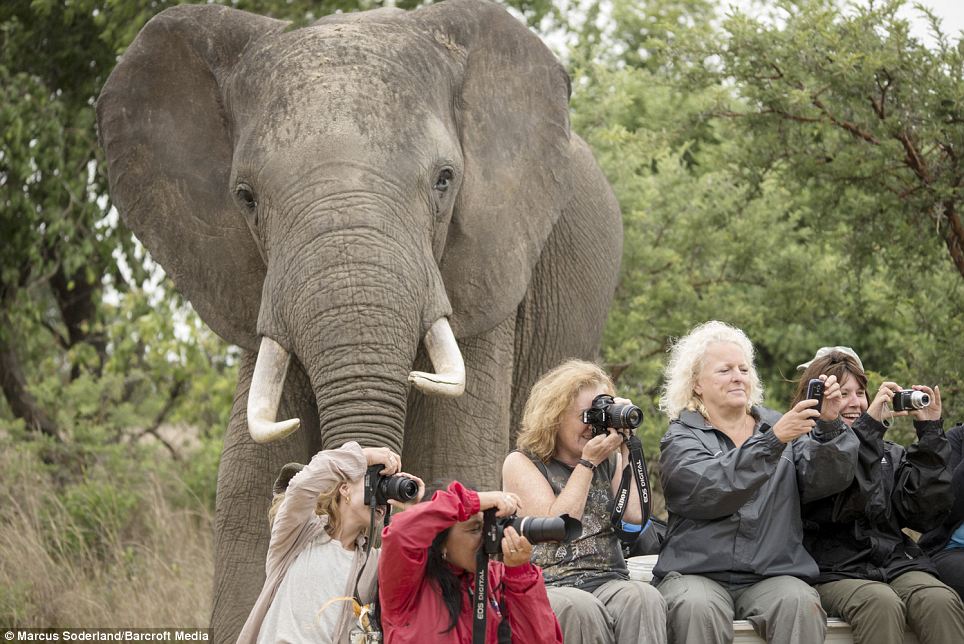 Tusk, tusk: Lisa Marie Winther, from Norway, Deb Sulzberger, from Australia, Sarah Daly, from Scotland, Jane Burnett, from England, and Nicky Walker, from England, were oblivious to the giant bull elephant looming over them as they took pictures at Imire: Rhino and Wildlife Conservation in Zimbabwe

Then, eager not to be outdone by her friend, a second elephant sneaked up for a piece of the action.

The image was captured by fellow volunteer Marcus Söderlund, 24, while the women posed with some of the elephant handlers.

He said: ‘While they were posing for the cameras one of the other handlers got an elephant called Makavhuzi to go up behind them. 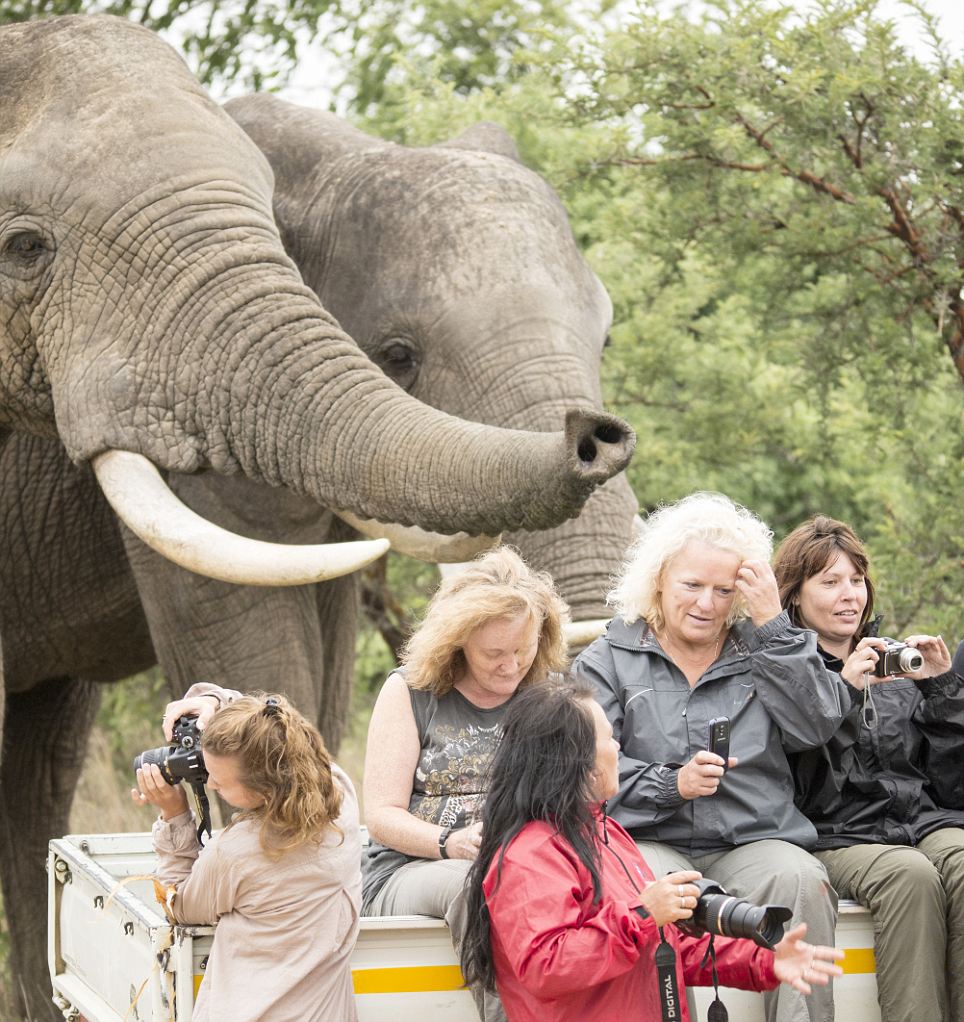 Extrovert elephants: Moments later the elephant was joined by a friend, eager to get in on the action 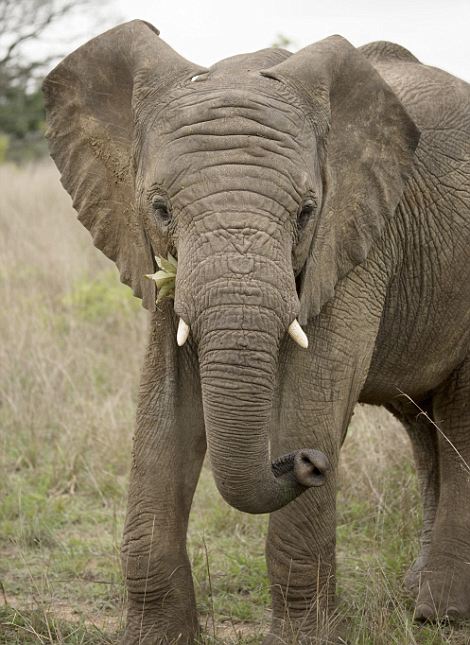 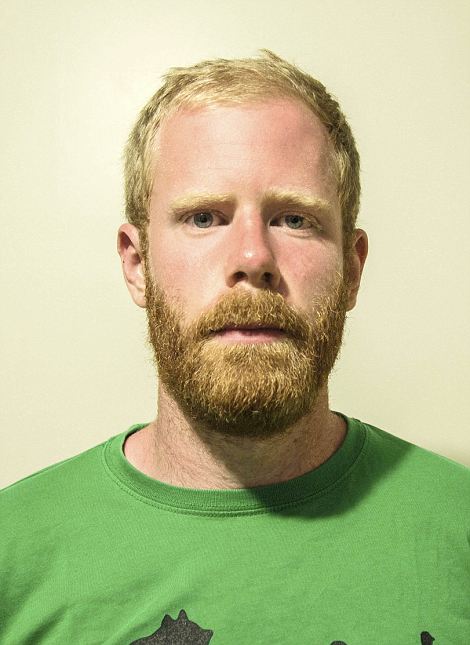 Chance encounter: The image was captured by fellow volunteer Marcus Söderlund (right), 24, while the women posed with some of the elephant handlers

‘Eventually they noticed his presence and turned around and reacted with laughs, surprised looks and smiles.’

He added: ‘Now that’s what you call big brother watching you.’

Jane, from Bristol, Nicky, from London, and Sarah, from Troon, South Ayrshire, were with fellow volunteers Lisa Marie Winther, from Oslo, Norway and Deb Sulzberger, from Tasmania, Australia.

Marcus, an industrial worker from Sweden, is now working and travelling in New Zealand.