THIS IS the devastating moment a baby elephant desperately tried to revive its dying mum after the two animals fell into a ditch.

A herd of 100 elephants had been making their way through Tezpur in India when the calf and its mother tragically dropped 20ft into the trench. 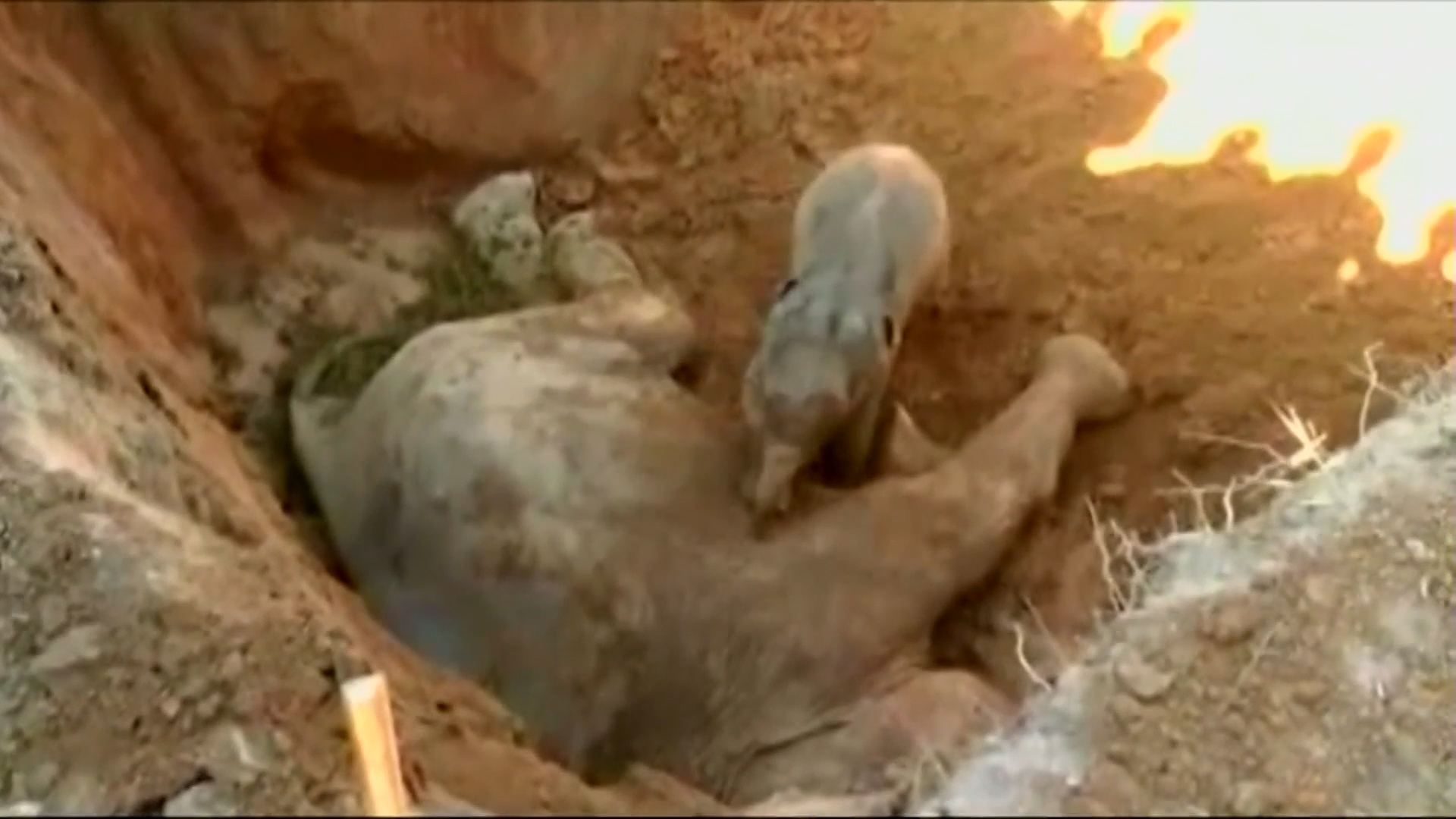 Unconscious … the mother elephant is believed to have been knocked out and broke a leg credit: Reuters

Footage of the incident depicts a trained rescue elephant straining to pull the mum back onto her feet and out of the ditch.

At this point in the clip, the distraught baby elephant can be seen nuzzling at its mother in a desperate attempt to get her to wake up.

The mother elephant is believed to have been knocked unconscious by the fall, and suffered a broken leg. 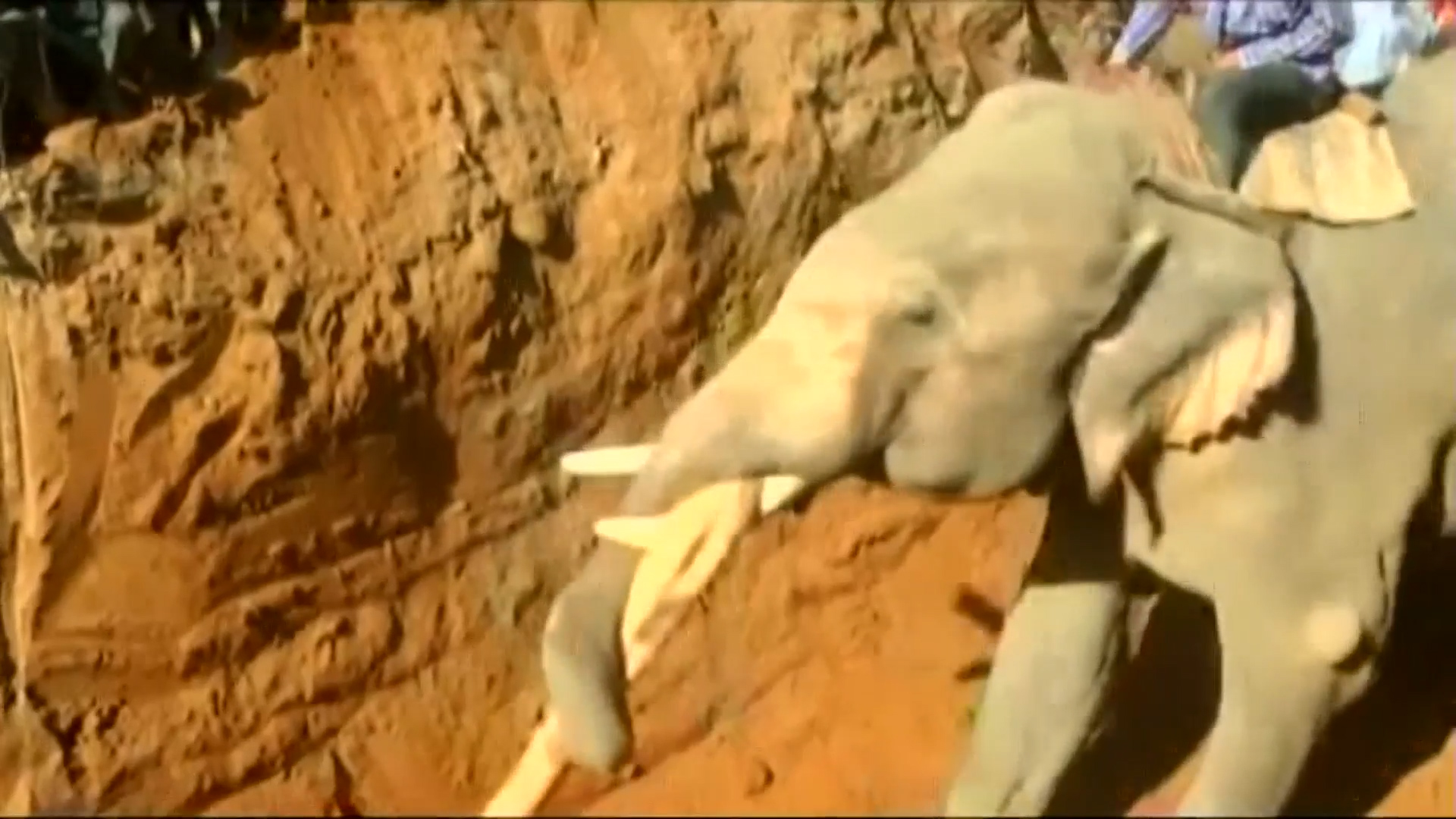 Realising what happened, locals rushed to the scene to offer assistance to the injured animal and her distressed calf.

Eyewitnesses quickly arranged for milk for the baby elephant as vets, rescue workers and an earth mover made their way to the scene to save the mother.

Speaking on the tragic incident, Forest Officer Diganta Barooah told local reporters: “The mother elephant is still stuck in the pit with veterinarians attending to it. 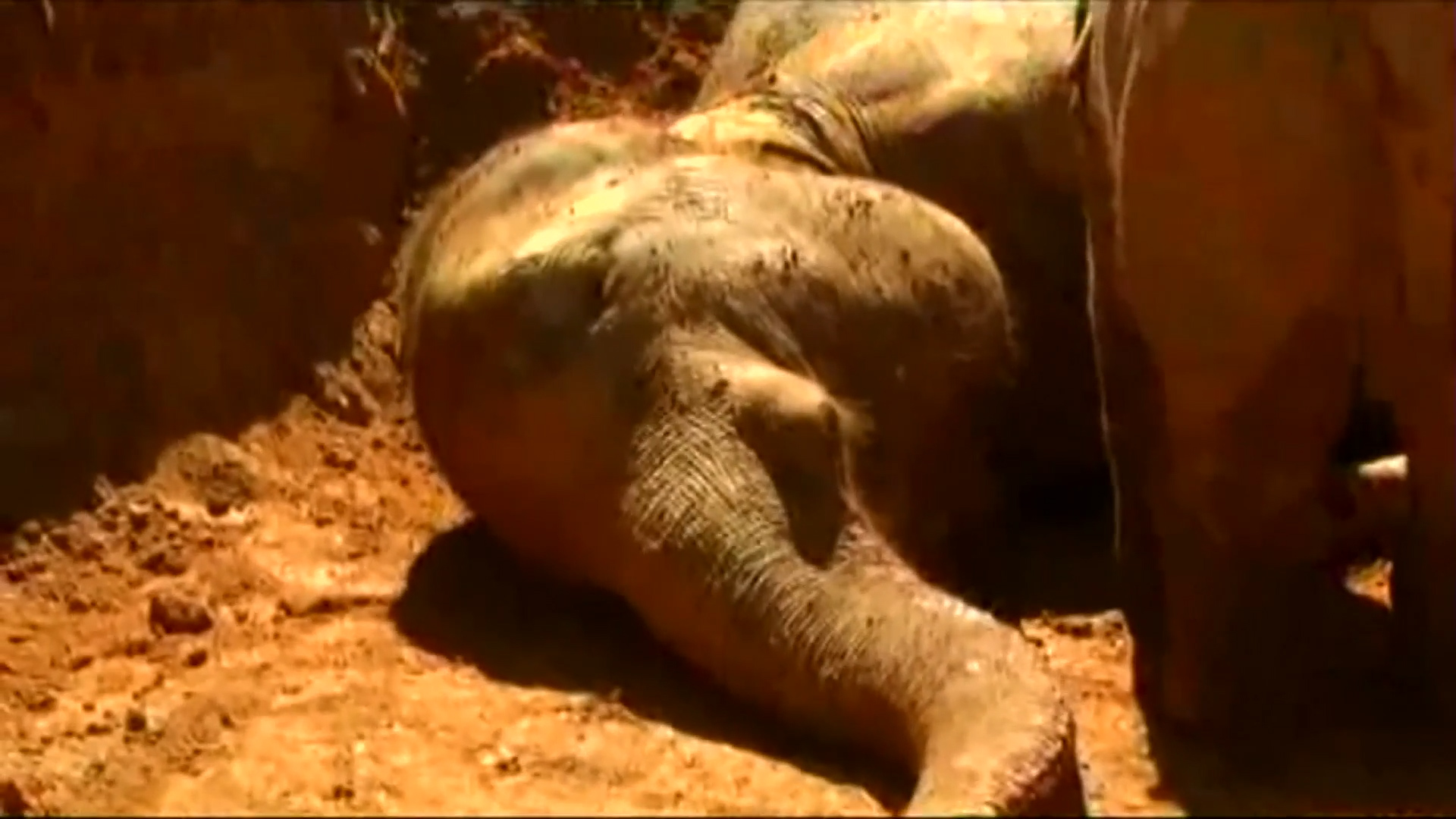 Tragic … the elephant mother remains in a serious condition despite locals’ attempts to rescue and nurse her back to healthy credit: Reuters

“They suspect that one of the rear legs of the elephant may be fractured and her condition is being closely monitored.

“The forest department has made adequate arrangement for continuing treatment during the night by installing flood lights and providing other facilities.”