Sneaking out for a quick call of nature, one camper got the surprise of her life when she came across an elephant drinking out of one of the campsite lavatories in Botswana.

Despite the mess left behind by humans, the tusked toilet drinker appeared unfazed by the interruption and continued taking a few long sips of water from the toilet.

Scroll down for video: 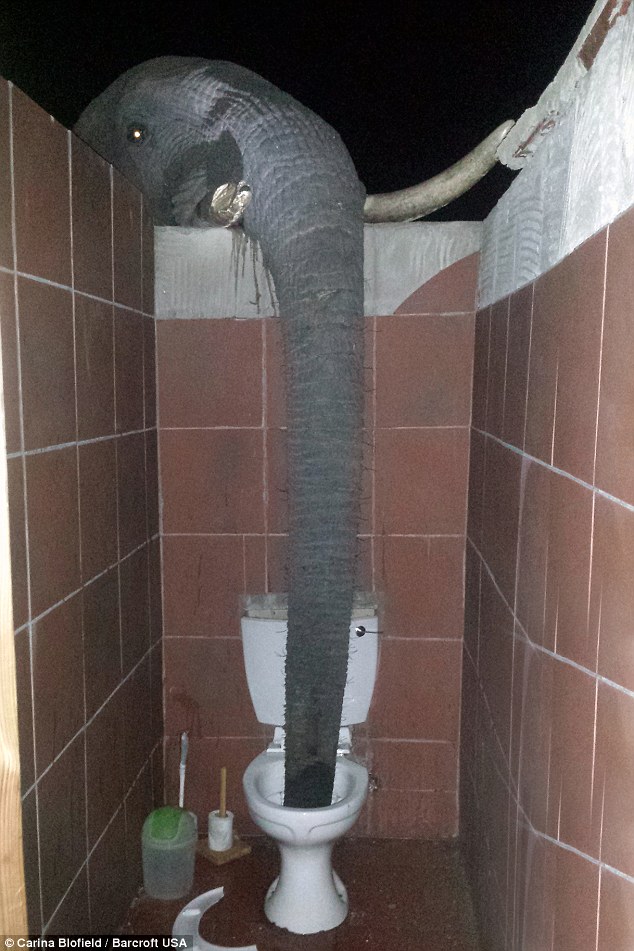 Very nosy: With its trunk positioned inside the toilet bowl, the elephant sucks up the water 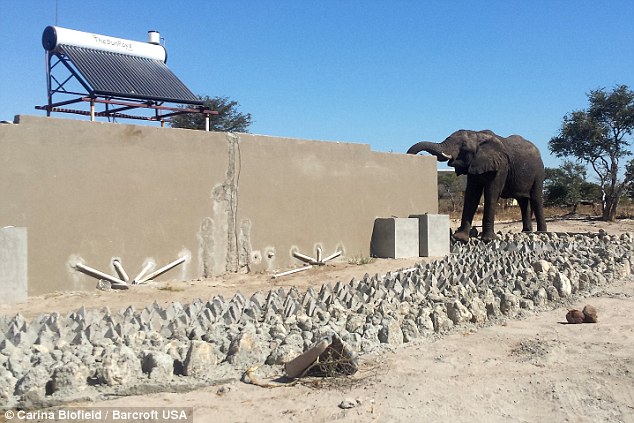 Unfazed: The elephants appear happy to drink from the camp’s showers and toilets at Elephant Sands Lodge

Leaning over the walls of the open roofed bathroom, the elephants come to drink the loo water during the day and night.

Using their lengthy trunks to soak up the toilet water, the elephants shovel the surprisingly refreshing liquid into their open mouths.

Once they have had their fill of toilet water, the elephants return to their herd in the wilderness.

Their friendly approach and close interaction with humans means that they don’t feel threatened when approached by a curious tourist. 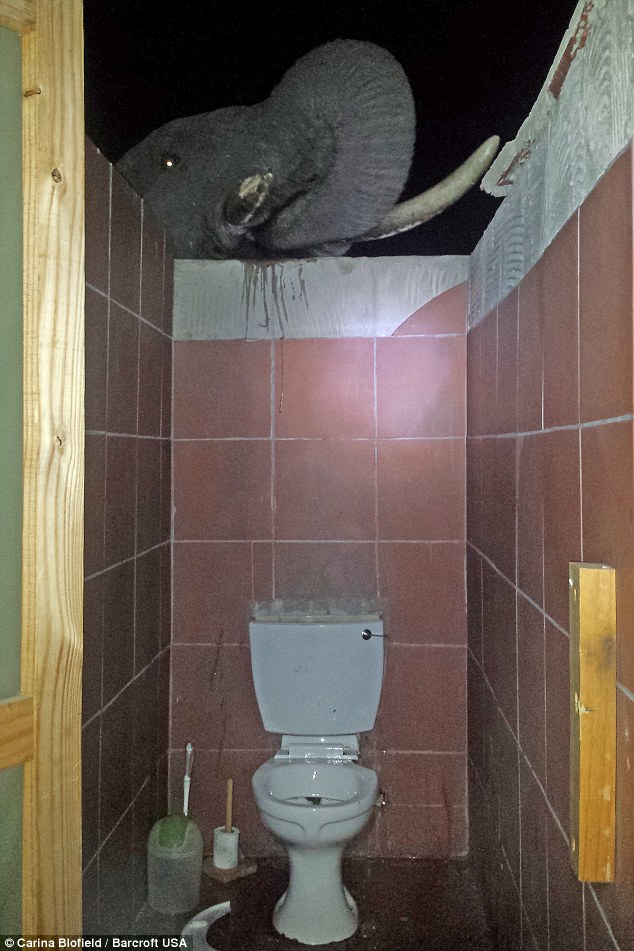 Refreshing: The elephant pours the water from its trunk into its mouth to refresh itself 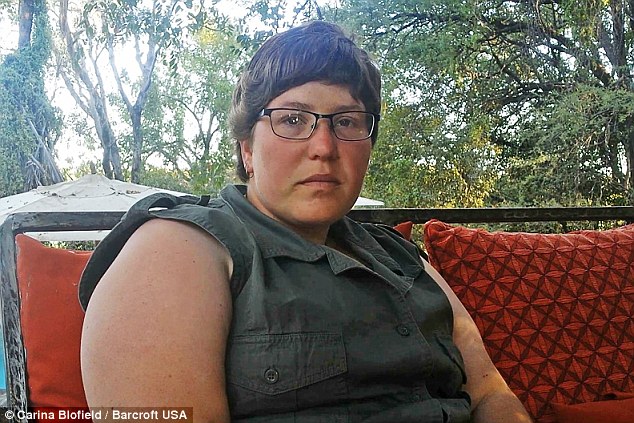 Photographer: Carina Blofield stumbled across the elephants enjoying a drink from the water at night time 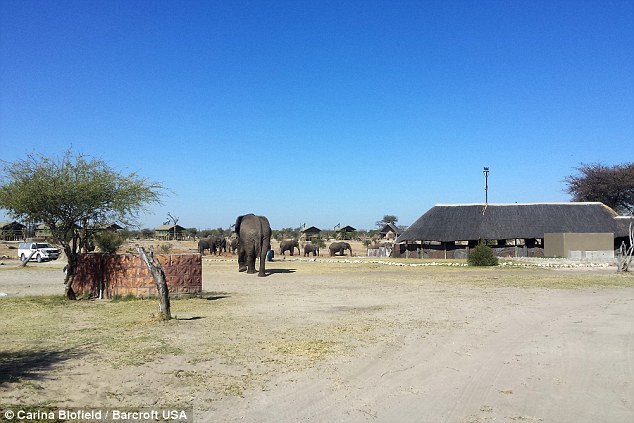 Home: The friendly elephants live in the unfenced park, with their water hole situated close to the park’s lodge 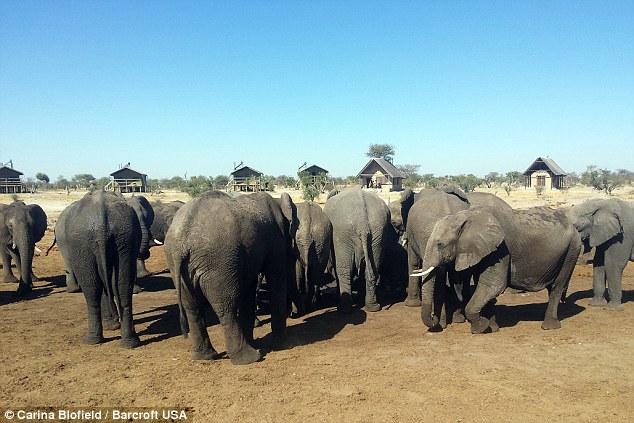 United: Once they have had their fill of toilet water, the elephants return to their herd in the wilderness

These remarkable pictures were captured by Carina Blofield, who stumbled across the elephant enjoying its unusual choice of re-hydration.

It appears the large mammals can’t resist sneaking into the lodge and enjoying a good slurp of fresh toilet water.

The elephants even try and grab a drink when people are washing their hair in the shower, shocking some unsuspecting tourists.

The friendly elephants live in the unfenced park, with their main water hole situated close to the park’s lodge.

Situated in north-eastern Botswana, the park is positioned far away from the nearest town, allowing the elephants to enjoy a free run in the wild.